tl:dr - You can learn bjj by beating your training partners by figuring out their games.

Jiu jitsu is a hella fun, intellectually engaging art because it's stupidly complex. Infinite depth; infinite breadth. Further, there are limitless ways to "learn" how to do the art. Most people tend to fall into one of two camps - learn techniques or learn concepts. Both are effective; both have pros and cons. But what about other methods to learn jiu jitsu?

Qualifier - There is no one way to learn jiu jitsu. The technique people also learn a hell of a lot of concepts. And the conceptual folks learn a hell of a lot of technical detail. There are many roads to Rome, and all of us take multiple routes. The real key to long-term success is to find a way that keeps you going o class day after day, week after week, month after month, year after year. After all, a two stripe white belt is just a no stripe white belt who never quit.

Anyway, years ago, I realized I MY preferred method to learn jiu jitsu was to reverse-engineer my training partners' games. It's probably important to note I'm an experimental psychology geek. It was a college major, I taught it for a couple decades, and it's the foundation of pretty much all the writing I do (including the sex and gender shit that populates the earlier posts in this blog.) At some point around mid-blue, I realized every roll was kind of like a puzzle to be solved. An experiment, if you will. Shortly after, I started seeing my training partners as a puzzle to be solved. Learning new stuff in class became less about "mastering the art" and more about "adding new tools to use to help solve the puzzles that are my training partners." 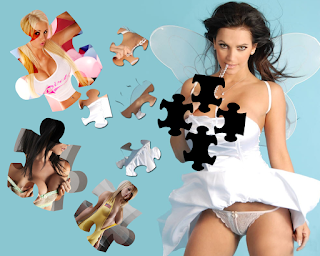 Same deal with rolls. The goal was never to win, per se. The goal was to learn. If someone was much better than I was, I learned how to defend their positional dominance and submissions. If they were close to my level, I learned how to play a complete game to beat their game. If I was much better than them, they basically became my sandbox to test out weird shit that I thought might work.

In my last post about failing as a gym owner, I mentioned I don't necessarily like watching instructionals. Or drilling. While I play it off as being dumb and lazy, respectively, it's really an issue of discovery. Instructionals, to me, feel a bit like reading Nintendo Power. That comprehensive walk-through of Metroid kinda ruined the game. But I've always cared more about playing the game than winning the game.

And drilling? This one's a little more difficult to explain. Back when I was a decidedly sub-par high school wrestler, I realized I could win more often than I lost if I drilled three or four techniques, then got really good at putting myself in a position to use those techniques to win. I was weak, under-sized, uncoordinated, and I was pretty bad at most aspects of wrestling. But I was reasonably smart and had a very narrow game, if executed properly, could beat slightly above average wrestlers. Of course I got destroyed by legitimately good wrestlers, but I wasn't usually a liability to the team most of the time. That was good enough. But it wasn't especially fulfilling. So my aversion to drilling is probably just an unconscious attempt to avoid being a shitty bjj version of the shitty one trick pony wrestler I was a couple decades ago.

So What Exactly Do I Assess?

When I'm rolling with someone, what exactly am I analyzing? These are the questions I try to answer, which lead to understanding their game:

Sidebar - if you're one of these people who believe you can't be broken, I'd be more than happy to give you an impossible physical challenge that will break you. Sport psychology + sadism = happy Jason.

HOW do I Assess This Stuff?

I use a super-secret, patented strategy I call "technique-spamming." Basically, I throw out a lot of random techniques in weird, unorthodox combinations. Most of it conforms to jiu jitsu best-practices, but doesn't make a lot of logical sense. While this strategy can be used at any level, the better your jiu jitsu game is, the better it works. Not only do you get better at the actual techniques you're spamming, but you get better at interpreting your opponents' responses. Which is an important part of learning using this strategy.

The theory is pretty simple - jiu jitsu is normally a well-choreographed dance. One person does X and the other person responds with Y. Technique-spamming means when one person does X, you do 32. When faced with the unexpected, we have one of two responses - react automatically or pause to think. Either response gives me a great deal of insight to all of those elements I discussed above. The goal is to get people to pause and think. That's the limits of your opponent's game. That's how you "win." That's how you solve the puzzle.

The "reacting automatically" response is a little complex. The less technically-sound bjj players may not respond with good, fundamentally-sound techniques. They may react with what we universally call "spazziness", which is really just a combination of strength and explosiveness with little or no rational application. It's a panic response. This is common with white belts.

Slightly more skilled bjj players may respond to technique spamming with a fundamentally-sound response. In the dance that is jiu jitsu, this would normally elicit a counter-response, which would then elicit a response to the counter-response, and so on. It's what we call "chaining." In my methodology, I respond to their response with another spammy technique, which disrupts that choreographed dance. THAT usually results in a spazzy response. This is common with newer blue belts.

The more technically skilled a bjj player is, the more they respond to technique-spamming chains with fundamentally-sound technique. Purple belts might require four or five exchanges before I find the "end" of their technical knowledge. Usually by purple, people stop responding with spazziness and will just stop and think. Either way, I still find the outer limits of their jiu jitsu game.

It's worth noting a universal phenomenon. The closer you get to "beating" your opponent, the more they will rely on their best "A" game. This is the reason you don't see weird, fancy shit in black belt competitions. Further, people who have been training for a few years will always have a desperation technique they will use when everything else fails. It might be some kind of escape, or maybe a submission. But once I find their desperation move, I know I've found the outer limit of their game.

Some people take a really, really long time to "solve." Their technical knowledge is both deep and wide. They can deal with spam chains eight, nine, even ten moves deep and are really good at attacking the weaknesses of your spamming techniques. These people are incredibly fun to roll with because they represent a really, really difficult puzzle. These puzzles can be solved, but it might take many, many rolls. What usually makes these puzzles even more difficult is they're usually really proficient at learning MY game.

Then of course, there are the opponents who are simply unsolvable. These are the opponents who have so much depth and breadth to their games, you can't find the end of their technique chains with spamming because they'll always submit you along the way. Nick Oliver, one of my coaches from Fight Club in San Diego, is one such person. After probably hundreds of rolls, I've never found the end of his ability to respond to by spam chains. There's always more depth and breadth. There's probably quite a few people I roll with who also fit this category, but I don't roll with them enough to really make that determination.

So What are the Pros and Cons to Technique Spamming and Reverse Engineering?

There are some serious pros and cons to this strategy for learning bjj.

There are some important "cons" which will likely be deal-breakers for many. Principally, if you have any kind of ego, you will hate this strategy. Specifically...

So there you have it. Reverse-engineering using technique-spamming. That's how I do jiu jitsu.I'm kind of curious if anyone else ever uses anything like this. If anything here sounds familiar, leave a comment! I'd love to connect.