The Good, the Bad, and the Ugly of Jiu Jitsu Gym Ownership and How It Changed My Life: A Rambling Tale 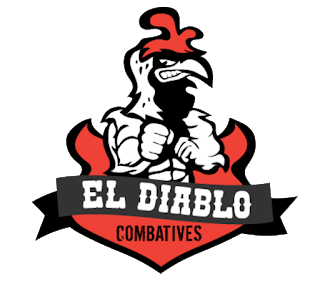 tl:dr - I own a jiu jitsu gym. The gym closed. It was a humbling experience that taught me many lessons. If you don't care to read about the back story, scroll down to the "Realities of Ownership" section.

Welp, my wife Shelly and I officially closed the doors of our jiu jitsu gym. We opened our doors, so to speak, almost exactly two years ago. And it's been a hell of a ride. Lots of lessons learned. This post will shed some light on those lessons, and hopefully be useful to others considering opening a jiu jitsu gym.

First, a brief history on our jiu jitsu backgrounds. Shelly and I started jiu jitsu around nine years ago. Shelly started before I did. We had spent the previous six years heavily invested in the long-distance running scene (ultrarunning, for those who are familiar.) We had been traveling around the county teaching people to run barefoot and living the life of hobo mountain running hippies. We temporarily (so we thought) settled east of San Diego.

Bored of running, Shelly decided to try something new - boxing. She had passed an mma gym (San Diego Fight Club, what we would later learn was the oldest mma gym in San Diego) on her way to Target one day, and decided to stop in an investigate. That's where she met Charlie Kohler, the guy responsible for getting us into this crazy sport. Long story short, Charlie convinced Shelly to try jiu jitsu, and Shelly convinced me. Our temporary stay turned into seven years. Eventually we grew tired of the traffic, crowds, and goofy politics of California, and decided to move to Colorado's Western Slope. Prior to leaving SoCal, I shadowed Charlie for about a year to learn the ins and outs of gym ownership in the event Shelly and I decided to open a gym of our own some day.

When we first arrived in Western Colorado,  we were busy settling in. I went back to full-time teaching high school psychology and world geography (I had worked as a substitute teacher and security guard in schools while in SoCal.) We had bought a house. Our kids were starting new schools. Shelly started a new job, too. Basically, we were busy AF all the time. We started training with a group in our small town, but could only make it to weekend open mats. After a few months, they changed their schedule and eliminated the open mat, so we tried a new gym that had opened a few months prior. We were pleasantly surprised to find this gym's culture was almost exacly like our gym culture at Fight Club... basically we dicked around a lot and tortured each other.

After a few weeks at the new gym, the owner pulled Shelly and I aside after a night class and dropped a hell of a bombshell - he had a family emergency that would require him to move out of town at the end of summer (it was currently January), and asked if we were interested in buying the business. Despite having had some conversations about opening a gym some day, we were totally unprepared. We spend weeks discussing the issue. Weighing pros and cons. running financials. Making projections. And so on. The only guiding principle? Before leaving San Diego, I promised Charlie if we opened a jiu jitsu gym, we'd do it the Fight Club way.

Like most other opportunities that have fallen in our laps, we eventually decided to just take the plunge. We agreed. For the next seven months or so, we worked on making the transition of ownership. At the beginning of September 2019, we officially took over and opened El Diablo Combatives. If you get the joke, yeah, that was intentional. Anyway, things were going fairly well for the first six months. Stressful as Hell, but we were turning a VERY modest profit, expanding our membership, and developing strategic relationships with important groups around our community.

At this point, I was at a serious crossroads. We were losing money, but not much. The group of hard-working, fun people we had remaining was a really great group, and we had a phenomenal coach (Mike Gorski, who I would best describe as John Danaher, except with a personality.) We needed a place to train. Unfortunately, we didn't have many options. Or ANY options, really. Then, with two weeks left before we had to move out of our tiny room, we found a great 3,200 square foot space that reasonably-priced. But still more than we could afford with our current membership. I couldn't bring myself to close our doors at that point, so I threw the hail mary and signed a one year lease.

That's probably the worst decision I've made in the last twenty years. A few months into the new lease, it became apparent COVID wasn't going away. We were bleeding cash and the gym was turning into an ever-growing time suck. With the help of our uber-talented members, I tried a few desperation moves to diversify our student base, which I documented in the "tribalism" posts that preceded this one. But ultimately, the overhead of the business proved to be too crippling. So here we are - closing the doors of our public gym.

The Realities of Ownership

If I were to sum up the experience of owning a jiu jitsu gym, I'd say it fundamentally changes your relationship to the art. The one universal I've heard from other gym owners is that jiu jitsu played a particular role in their life before owning their own gym. Afterward, that role died. Always. the MAJORITY of the people I've met who own gyms regretted their decision, but a minority actually loved how ownership changed their relationship to the art. The following discussion might help you figure out which group you're in.

It's important to understand this list isn't universal; it merely represents MY experience with gym ownership. I've met a few people who absolutely LOVE running a jiu jitsu gym. Their personality is well-suited to deal with the social aspect, and they have just the right business acumen to attract and retain the right students.

My advice? If you want to open a jiu jitsu gym because you think it'll just be more of what you get as a student, you're going to be disappointed. And probably overwhelmed. And the experience might ruin jiu jitsu for you.

But if you understand that a jiu jitsu gym is a completely different, unique experience with a lot of novel challenges, and those challenges excite you, odds are good you're going to love gym ownership.

What I've Learned About Myself

Owning a gym has also taught me a great deal about myself. And how jiu jitsu fits into my life. Here are a few of those lessons:

Private lessons for law enforcement. I've recently entered the law enforcement profession, and I'm absolutely loving it! I kinda wish I would have gotten into this field years ago. Better late than never, though. One of the most valuable assets I bring to our local agencies is an expertise of jiu jitsu in general and experience with the practical application of jiu jitsu in a security setting in particular. Basically, I plan on teaching bjj to cops in a way that supplements their current arrest and control procedures.

This will be done in a private law enforcement-only setting to alleviate some of the issues that prevent many cops from training at a public gym. The two greatest concerns I've encountered is a) fear of injury, and b) fear of training with people they may encounter while on duty, or people they may have arrested in the past.

Writing. Back in the day, blogging was one of my favorite pass times. Since moving to Colorado and running the gym, I haven't had the time or mental energy to write anything more than the occasional blog post. Specifically, I want to write much more about jiu jitsu. I've been doing this for close to a decade now, and I've learned a great deal from people significantly smarter than myself. Their wisdom needs to be shared with the world. I'm a bit rusty, though, as evident by this post. :-)

Like pretty much anything I've experienced in life, this has been a great learning experience. Yes, I ultimately failed. But I'm okay with that. When I'm lying on my death bed, I will be able to take comfort in the fact that I wasn't afraid to give this gym ownership thing a shot. And I gave that shot everything I had for two years. It just wasn't my thing and I wasn't especially good at it. And that's okay. I'm coming out of it with some great friends, a shit-ton of cool and interesting experiences, and a newfound understanding and appreciation for what jiu jitsu means to me.