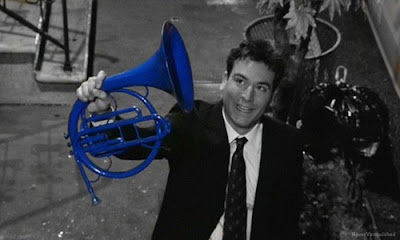 [editor's note - I wrote this post about seven years ago, way back in 2014. I barely remember the man who existed in the months prior to writing this post. Since that time, these ideas have been repeatedly validated in other men who I've encountered and, together, we've devised a pretty effective path to escaping the shit-show of "Nice Guyedness." Most of the other posts on this blog pertaining to gender, sex, and relationships stems from the process of fixing this specific problem in men.]
I recently finished reading Dr. Robert Glover's No More Mr. Nice Guy. The book perfectly matched my recent exploration (and past Facebook discussions) of the hidden nature of female desire, efficacy of monogamy, different types of masculine personalities, and how all of these factors influence our romantic relationships. Specifically, the book detailed the "Nice Guy" phenomenon that has sparked a great deal of debate among my acquaintances.


In most of my debate/discussions, I've framed this issue as either an alpha/beta male conflict or as a feminization of males. Neither frame is entirely accurate. First, the alpha/beta concept creates a false dichotomy of complex inter- and intrapersonal behaviors, and the concepts are difficult to operationally define. And the terms “alpha” and “beta” carry a whole lotta baggage related to misconceptions about the true nature of masculinity. Everybody has their own impression of what constitutes alphas and betas, which rarely reflects the reality of the gender role.


So who are these "Nice Guys?"


Glover defines them as men who need female validation and will do anything to get it. These men will place their significant other on a pedestal and treat them like a princess (or prince; this concept is not exclusive to the heterosexual contingent.) Nice guys are givers and derive joy from doing things for others. Nice guys are also fixers and will attempt to solve anyone and everyone's problems. They will ignore their own needs and put all their time and energy into making their partner (or anyone else in their social circles, including family) happy.


Their own emotional well-being is directly tied to other people’s emotional well-being. If others are unhappy, they're unhappy. They attempt to get their physical, emotional, and sexual needs (in the case of their romantic partner) met indirectly by hoping others will recognize their unmet needs and reciprocate. Nice guys are also passive and will avoid conflict (and the disapproval they think will result from said conflict.) As a result, nice guys will try to find the "right" way to do anything and everything.


“Nice Guys” will generally prefer the company of females because they don’t generally understand other men (and usually frame them as “gym bros” or some other negative stereotype.) “Nice Guys” will also prefer females because they secretly hope they’ll eventually convince one of the females to date him (and give him sex.) Because their dating strategy is generally ineffective and takes a very long time, they cast a wide net.


Nice guys also routinely repress their own feelings, instead becoming chameleons and creating a facade of calmness. This almost always results in emotions building up over time until they explode in dramatic fashion.


First, the nice guy will repress their needs to the point where their partner will never be able to fulfill all that is expected. Since the nice guy can't voice his needs, his only recourse is to put more effort into being "nicer." The mindset usually involves “if I do something for this person, they’ll reciprocate and provide what I need.” But the “Nice Guy” never voices those needs he hopes to get met, so the other person never reciprocates. Eventually resentment begins to form, and the nice guy either snaps in fitful acts of rage or engages in passive-aggressive secretive behaviors that, on some level, meet their needs.


Second, nice guys smother their partner with affection, attention, gifts... whatever. The novelty of this wears off to the point where the gestures are no longer meaningful. It's not uncommon for nice guys to spend a tremendous amount of time (and money) planning and executing grand gestures. The purpose is the same as above - the “Nice Guy” is hoping the other person will reciprocate with a grand gesture of their own. The more gestures the “Nice Guy” executes, the less response their partner has. The lack of enthusiasm and failure to reciprocate by the partner creates resentment within the nice guy, which creates a vicious cycle of trying harder, which results in more failure, which causes them to try harder… and so on.


Finally, nice guys constantly try to build intimacy to the exclusion of passion. I’ll eventually write a post about this specific topic (in the interim, check out this awesome Ted Talk by Esther Perel on the topic), but these concepts are mutually-exclusive. Intimacy kills passion. The “Nice Guy” will want to spend every waking moment with their partner. They do not understand that absence makes the heart grow fonder. They don’t understand the basic ingredients to seduction. Unfortunately, the “Nice Guy” usually craves passion (one of the hopeful outcomes of the attention he showers on his partner), but acts in a way that guarantees passion will die.


An example of this would be sex. “Nice Guys” are usually pretty proficient lovers because they spend a lot of time and energy learning how to please their partner. Let's say they devise a method to assure their partner has an orgasm every time they have sex. The “Nice Guy” will use that same script every time. Their routine becomes predictable, thus mechanical. While it feels good, their partner eventually tries to avoid sex because it's completely devoid of passion and spontaneity,  and is no longer fulfilling.


On the surface, the nice guy is perfect. Kind, considerate, attentive, loyal. They're like dogs... always there to love you. No matter what. The problem, of course, is that persona is a facade hiding deep insecurity. Below the gilded surface, “Nice Guys” are dishonest, secretive, indecisive, manipulative, controlling, and passive-aggressive. They usually have deeply-embedded rage fueled by the resentment of unmet needs, usually have difficulty developing close friendships with other men, and have trouble setting boundaries. In relationships they're doormats; they will allow their significant other to do anything including making all the decisions related to the relationship. The “Nice Guy” is incapable of standing up for himself.


For the partner, this situation creates a terrible trap. “Nice Guys” seem great on the surface, so it's common for women to easily fall in love and make a long-term commitment. When the sparks fade and the dark reality of being placed on a pedestal develops, it's hard to justify ending the relationship. Friends and family members will only see the attentiveness, gifts. And grand romantic gestures, which seems like it would be amazing. It would be... if there were any other dynamic to the relationship. Also, the “Nice Guy's” unmet needs begin to create a great deal of unspoken tension, which the partner definitely sense but may or may not understand.


Based on what we know about the nature of female desire, women who are involved with “Nice Guys” quickly get bored. “Nice Guys” don't understand that distance creates passion, and the “Nice Guy” cannot handle emotional or physical distance. Pushing their partner away, even if it would result in the hot sex they crave, is an impossibility because they need their partner's constant validation.


In short, "Nice Guys" are anything but.

This topic is so fascinating because I'm a recovered nice guy. In the book, Glover discusses where and how this persona develops. For me, it was the typical story rooted in childhood family dynamics. I didn't recognize my view of the world and method of operation was abnormal until my mid-thirties. It has taken me years to work through the issues related to being a nice guy. In the beginning of my "recovery", I was able to break out of nice guy patterns with random people, then acquaintances, then friends and family. My relationship with women, my real Achilles heel, has taken much longer. After years, I'm finally at a point where I can accurately identify almost all of my maladaptive "nice guy" strategies.


Before discovering my nice guy persona, I missed out on a few potential relationships, sabotaged my first marriage, and have almost sabotaged my current marriage. Even though I intellectually understood what I was doing and why I was doing it, the behaviors were so deeply ingrained in my psyche I couldn't let them go. It has taken A LOT of hard work to break the cycles and extinguish them for good. Glover's book outlines quite a few strategies to break out of the nice guy persona. I've actually used a few of his ideas, but have quite a few of my own. Here are a few things I've done with good success:


How has it been going? So far, so good. Breaking free of the nice guy mindset has been incredibly liberating. I feel a freedom I never knew possible. Every waking moment isn't always muffins wrapped in rainbows, but my day-to-day existence is far more fulfilling. My relationship with Shelly has changed dramatically for the better, which is another post for another day.


There's a high probability a lot of men reading this are "Nice Guys." If you're one of these dudes, I would highly recommend you begin taking steps to break free. It will change your life for the better. There's also a high probability a lot of the women reading this are involved in a relationship with a "Nice Guy." If that's the case, you're probably already at the stage where you've gotten a glimpse behind the curtain. Or maybe you're at the stage where the constant attention and agreeableness has become insufferable. Again, I would encourage them to take the steps to change.


Fixing this “Nice Guy” persona is one of the goals of the Man Camp Group, which is a common topic of discussion in meetings. Luckily, it’s not too difficult to fix this pattern once you’re surrounded by men who will hold you accountable by providing support and advice.


If you know of anyone who fits this “Nice Guy” profile, share the post. Too many people suffer through the trials and tribulations of the nice guy syndrome. Knowledge is power. And knowing is half the battle.