The Coronavirus Has Been A Giant Filter 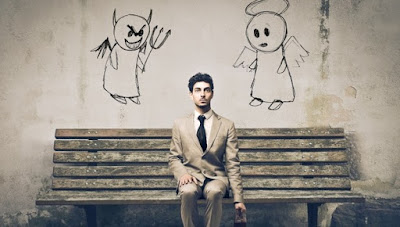 The coronavirus has revealed quite a bit about the world in which we live. Among the more interesting (and helpful) things? This pandemic has revealed the people who are resilient.

A major aspect of this whole man camp project is surrounding myself and my family with good people. Capable people. Smart people. Fun people. And in light of this pandemic? Resilient people.

My close friends, the people I know well, have not surprised me in the least. Without exception, they've handled this pandemic exactly as I would have predicted they would, which is generally positive. But a whole lotta casual acquaintances have been... surprising.

Under the stress of the pandemic, a surprising number of people in my extended social circles have turned out to be far less resilient than I would have predicted.

Some have responded to the pandemic with irrational fear to the point where it seems they believe half the world's population will die. These are the folks who are personally terrified to do anything and everything without a hazmat suit.

Some have responded with shocking callousness towards the suffering of others. Or the welfare of their community. Or just the value of human life.  These are the folks who insist we open everything immediately without restriction. Usually under the guise of "freedom."

Some have responded with profound selfishness where they absolutely refuse to make any kind of personal sacrifice for the greater good. These are the people who refuse to close their businesses or eliminate their personal habits that could put others at risk.

Some have responded with pathological paranoia, which almost always manifests as conspiracy theories. These are the people who believe this entire pandemic is a giant hoax perpetrated by some boogey man shitlords hell-bent on accruing power.

Finally, some have responded with an unthinking, sheep-like allegiance to a particular group or a person by simply adopting whatever mindset is being modeled for them. This is most evident in ardent Trump supporters, but this type of person can be be found anywhere and everywhere across any grouping of people.

All these people are the kind of people I will avoid like the plague, at least in real life. Their lack of resiliency is untenable. Quite simply, these are not the kinds of people that will enrich my life in any discernible way.

But there have been a lot of pleasant surprises, too.

Some people, for whom I would have predicted to be rather weak and lacked resiliency, have turned out to be genuinely good people. Strong people. Leaders.