Expecting the Best; Preparing for the Worst: A Logical Pandemic Response 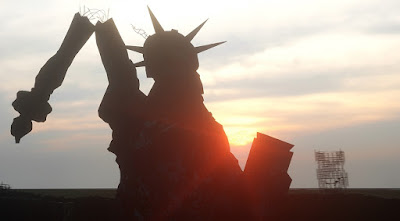 Yesterday, I was a guest on Scott Jones’ podcast “Athlete on Fire” to discuss my “preparing for a depression” post from a few days ago. Among the topics we talked about - expecting the best and preparing for the worst. It’s an idea that is common in coaching pretty much any sport, and it’s a great life strategy.


This has been my approach throughout this entire coronavirus ordeal. This approach gives me optimism, but still prepares myself and my family for the extreme hardships that may be lurking around the corner. I’m a proactive person. I like acting instead of reacting. And I like having options. This approach accomplishes all those things.


I find this approach far superior to burying our heads in the sand and ignoring what’s happening around us. I’m perplexed to see so many people completely ignoring our current situation. Likewise, I also find this approach superior to going into a full-blown “head to the bunker” approach. Society isn’t collapsing; that panic isn’t rational at this point.


This approach is heavily influenced by Stoicism, an ancient philosophical school of thought that is incredibly useful in uncertain times. This’ll probably be a topic for a future post, but until then, the really relevant part is the Stoics we huge proponents of focusing only what you can control and accepting what you can’t control. Here’s an example from the linked article:


“An archer is trying to hit a target. He has a number of things under his control, such as training, which bow and arrow to use, how well to aim, and when to let go of the arrow. So he can do his very best up to the moment when the arrow leaves his bow.


Now, will he hit the target?


That is not up to him. After all, a gust of wind, a sudden movement of the target, or something could go between the arrow and the target. And the Stoic archer is ready to accept all possible outcomes with equanimity, because he has done his best and left the rest (what he could not control) to nature.”


So what exactly does this look like? Here’s how I’m handling this:


First, I like to work out the likely BEST case scenario. Even this looks a little bleak right now, but it is what it is. The number of positive coronavirus cases in the US is at about 20,000 and the number of deaths is at about 275, and both of these numbers are doubling about every two days. The element that seems to be limiting that exponential growth are widespread testing of the public AND nation-wide draconian lock-downs that prevent ALL members of society from interacting. Luckily, people will take matters into their own hands.


If we do the basic math and we reach a peak in the number of cases increasing, we’re looking at maybe 200-250,000 positive cases and 5,000 deaths. That's VERY optimistic, but it's important to recognize we're in the "fog of war" at this point. We simply don't know the real lay of the land, and there's a good chance this may not be nearly as bad as it looks right now.


There’s a chance, given how terrible our testing has been, that the virus has actually been circulating widely throughout the US population since late fall/ early winter, and a lot of us have already been infected, thus immune. If that were the case, we might not be too far away from the peak number of infections and deaths.

There's also an incredibly slim chance we could find an effective treatment or vaccine in the near future. There's a chance the virus could quickly die out when it gets warm outside. There's a chance the entire world population suddenly takes this seriously and everyone starts practicing radical social distancing without the threat of fines, imprisonment, or force.


Based on this scenario, the BEST we can hope for would be a widespread lockdown that will last through mid-April. The mass shutdowns cause a significant worldwide recession akin to 2008 with similar unemployment numbers and a similar drop in GDP. So all of us will have to deal with some serious financial issues for a while. But we'll rebound quickly.


Almost all of us have been there, done that, and survived just fine.


Second, I like to work out the likely WORST case scenario. This one gets pretty damn bad. Please stop reading if you’re prone to anxiety over shit you cannot control. In the worst-case scenario, which the CDC has projected, we’re in this social distancing/ lockdown scenario for a year, 214 million Americans would be infected. Up to 21 million of those infected would need hospitalization, and we only have around a million hospital beds available in the US. Over 1.7 million would die (about one out of every 200 Americans.) Millions more would die from unrelated illness (like cancer or heart disease) because they wouldn’t be able to receive treatment.


In this scenario, we’d see a complete collapse of the global economy that would pitch us into a severe depression that would last years. The unemployment rate could flirt with 30%. Long-distance food chains would evaporate, store shelves would be left bare until local food production could ramp up. Millions starve to death. Cities would become death traps as the food shortages cause people to get extremely desperate. Looting would become the norm as the strong and well-organized quickly start killing the weak and unprepared. Banks close permanently. Hyperinflation takes over and paper money becomes worthless. Widespread civil disobedience forces the federal government to suspend habeas corpus and mobilize the military and the entire country is placed under martial law. And the Internet disappears. The government collapses under the weight of the crushing debt racked up in an attempt to ward off the financial catastrophe. Anarchy ensues.


In this apocalyptic scenario, the world as we knew it would cease to exist, possibly forever.


Third, I like to actualize the fear of the worst-case scenario. If that worst-case scenario comes to fruition, what would I do? Normally, this is pretty easy because, in our safe, comfortable world we had at the beginning of this year pretty much always meant our lives would become slightly less comfortable for a little while.


Now, though? How the Hell do you prepare for the collapse of society? THANKFULLY, Shelly and I started making intentional choices a few years back that would help in this apocalypse scenario, which included moving out of San Diego to rural Western Colorado. Ironically, it was our perception that SoCal was woefully unprepared for any sort of natural disaster (like a major earthquake) that led us to bail. Our choice of Western Colorado was also influenced (a little bit) by the geography in the event some apocalyptic scenario happened - we’re 6,000 feet above sea level (no threat of rising sea levels), it’s a good climate for agriculture, and we’re geographically protected from anyone reaching the area on foot (rugged mountains on three sides, a vast desert on the other.)


Since civil unrest is unlikely in our small town and we know how to grow food, hunt and fish, and can forage, the biggest problems would be financial. We’ve been really, really poor in the recent past AND have a good knowledge of survival, so we know we can still survive if we lost our day jobs, our gym goes out of business, we lose our home, cars, and every other material possession we have.


Since arriving here, we’ve also deliberately worked to create a “tribe” of like-minded people, which WAS the original intent of this very blog. This was our original goal, which I later expanded on with this post about the logic behind tribal organizations. From that post, which I wrote a little over one month ago:


“The real benefit would come should our safe, prosperous modern society and all the associated comforts ever come under threat. A major war, natural disasters, pandemics... all could and would dramatically affect the safety and convenience we now take for granted. Countless stories throughout history have taught us the veneer of civility can and does disappear in an instant. In those cases, people HAVE to fall back to the basic tenets of tribal unity to survive. Shit, we've seen that in our lifetime with 9/11 and Katrina.


Why wait for disaster to strike before setting up a community that provides mutual support? We have this innate drive to live in and participate in a tribe; why not establish one right now?”


Our “tribe” is really just a loose collection of diverse friends who would be willing and able to help each other if the shit really starts to hit the fan. Part of the preparations I've been making have been specifically done to be in a position to help any member of our "tribe" should they need it as we navigate this pandemic. This group really eliminates a lot of the anxiety about solving the problems of this worst-case scenario.


The hardest part of thinking about how we’d handle that worst-case scenario is death. What happens if one or more of us were to die? As difficult as that is to imagine, all five of us are resilient and confident in our ability to thrive despite the circumstances. Both Shelly and I thrive under pressure, and we’ve exposed our kids to all sorts of hardships over their lives; they’re capable of persevering. And we have our tribe.


So if the shit hits the fan and society basically collapses, we have a plan. 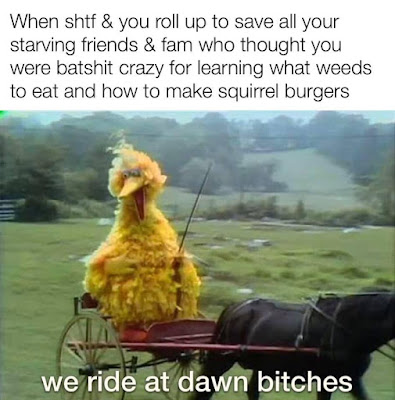 Fourth, I find the most accurate information I can about the present conditions, which includes traditional media, social media, and a network of friends spread around the world. It’s important to understand the real nature of each of these. Traditional media tends to be sensational, social media tends to be conspiratorial, and friends will have a limited perspective based on geography. Any one information source is problematic, but taken together AND accounting for their individual shortcomings, this is a decent way to clear the “fog of war” a bit.

A good site to follow, by the way, is Nate Silver's data-driven FiveThirtyEight. For example, this post lays out the facts without the sensationalism.


The purpose of this is to be in a position to act instead of being forced to react. So far, this has allowed us to do a TON of last-minute preparing because we can accurately predict which items people are panic-hoarding, which has allowed us to stock up on those specific products. This has also allowed us to predict which restrictions we’d be under in the next day or two, like schools closing, restaurants and bars closing, and most relevant to us - when we’d be forced to close our gym.


Fifth, I go about living. Life doesn’t stop because we’re faced with this incredibly terrifying threat to our very way of life. Having considered the absolute worst-case scenario AND having developed a plan if that scenario comes to fruition, I can relax. Perhaps more importantly, the people closest to me can relax.