Surviving the Quarantine: Coping With "Shelter in Place" Orders 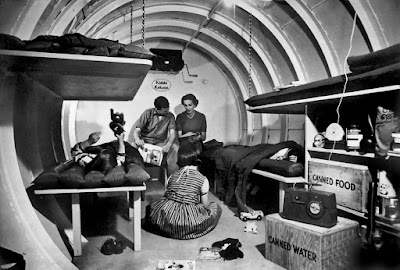 In the very near future, all of us will probably be placed under a mandatory “shelter in place” order akin to what’s occurred in China, Iran, South Korea, Italy, Spain, France, and soon, the rest of Europe. Selected communities here in the United States and even the entire state of California and New York are now under this order. Given the number of positive cases and deaths as a result of the virus are still close to doubling every day, things are going to get much worse before they get better.


This coming lock-down will make all but the most urgent travel impossible, likely under the threat of fines, imprisonment, or even force. This means we will likely be stuck in our homes for weeks, perhaps even months. This post will help spell out the psychological reality of what that will look like.

How Do We Know What Will Happen?

Psychologists and historians have been studying the effects of social isolation for decades. Whether we’re studying this stuff through past case studies, current situations where social isolation is the norm, or through controlled experiments, we’ve gotten a really good idea of what this is going to look like.


In the near future, we’re all going to be under some degree of physical danger from an invisible, incurable, unstoppable, virus, we’re likely going to be under considerable financial strain, we will likely be at least somewhat dependent on external sources for food and other supplies, social isolation and the resulting loneliness, forced small-group togetherness, and greatly restricted mobility. That’s a truly scary cocktail of bad shit.


The Diary of Anne Frank, the Mars500 project, astronauts aboard the space station, prisoners in solitary confinement, Antarctica scientists, and the experiences of people living in remote, isolated settlements… all have given us an excellent understanding of what social isolation looks like.


And, more importantly, a roadmap to navigate, survive, and even thrive in this situation.


Personally, I’ll add in some of my own experiences of living with six people (three adults, three kids under the age of 10) in a three hundred square feet RV for three years. It turns out being stuck in a small space with little kids teaches some pretty useful coping skills.

What Happens During a “Shelter In Place” Scenario?

Being isolated from our normal social interactions produces a known set of effects, including:

It’s a pretty bleak list. Indeed, I was just watching a news story about an American mom living in Italy who was vlogging about the day-to-day experiences. In the first few days of the lock-down, she was happy, chipper, and optimistic. By day ten, she looked physically, mentally, and emotionally defeated. It was abundantly clear she was struggling with the conditions which could feasibly last for at last a few weeks and probably a few months.

Who Is Most At Risk?

The good news - Introverts, this is going to be easier on you. Also, people who feel competent in surviving hardships, people who are mentally and emotionally stable, and people who are socially-compatible (meaning you get along with people easily) will all experience these symptoms to a lesser degree.


That means extroverts, people who haven’t had the experience of overcoming difficult situations, those with mental and emotional issues (especially those prone to depression and/or anxiety), and folks who don’t get along well with others… all of these people are going to struggle mightily. But worry not! There are solutions.

How Can We Make This Better?

Each of these solutions listed below tend to be additive; doing one is good, two is better, and doing all of them is best. Start doing as many as you can as soon as you can.


There you have it. Twelve strategies to ward off the negative effects of social isolation. Use as many of these as you can as often as you can. You’ll notice a difference.

I’ll likely post more about this topic in the future, but this’ll give all of my readers a good start on mitigating the negative effects of social isolation BEFORE it gets too bad.
Posted by Jason at 12:54 PM