Using Human Behavior to Predict the Coronavirus Pandemic Outcomes: Relax, This Ain't Gonna Be Too Horrible 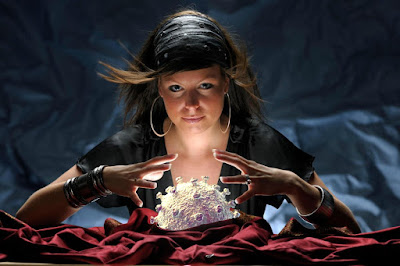 [edit - it's Friday night, about 12 hours after publishing this post. Take my numbers predictions at the end with a grain of salt. My numbers are based off people's reactions as outbreaks occur, and each of the outbreaks that have occurred so far seem to still be developing. My estimates are probably at least a little bit optimistic.]

That didn’t pan out because I ended up falling in love with teaching, but that researcher bug never left. So I tend to look at anything and everything through the lens of a social psychology researcher, including the COVID-19 pandemic. As it turns out, this just might be a halfway decent method of predicting where this pandemic is heading.

The underlying idea is simple - if you can understand how people, as individuals, respond to the coronavirus, you can reasonably predict all kinds of things about the virus and its effects on society. While there’s incredible variability in individual responses, they all kind of work out to an “average response.” For example, for every “I’ve been holed up in my bunker since January eating potted meat” prepper, we have a Gen Z kid licking toilets for Tik Tok affirmations. This “average person” has an “average response”, and that average response can be used to predict all kinds of useful things, especially as we learn more about the nature of the virus.

The average person’s average response goes through about six steps and the approximate amount of anxiety each step causes on a scale of 1 (totally calm) to 7 (scared shitless):

Step One: “This is something that does not affect me, and will not affect me.” This is how almost all of us were prior to the virus arriving in the United States. If we were aware of it, we were likely to joke about it. Anxiety level: 1.

Step Two: “This is something that does not affect me, but it does affect people like me.” At this point, we still rationalize away any growing fear because the virus is still far away from affecting our lives. Specific to the coronavirus, this was the point where the CDC was still able to track WHERE affected people acquired the virus. This likely happened when the virus hit the US for the first time. Anxiety level: 2.

Step Three: “This is something that could affect me.” Once the virus spread throughout the US via "community spread", it became more apparent it would eventually pop up everywhere. At this step, the virus hasn't popped up locally, but the average person recognizes that's inevitable. But the individual hasn't had an emotional reaction to the virus yet. This is also the point where people start washing their hands a little more often and altering their social behaviors to physically distance themselves from others. Anxiety level: 3.

Step Four: “This is something that is going to affect me vicariously by disrupting my life or threatening those I love.” This is when shit starts to get real, and usually happens when a case pops up locally and begins to spread a bit. This is when people start experiencing an involuntary emotional response, which causes a significant shift in behavior. At this point regardless of what their leaders tell them, people start getting a bit fanatical about social distancing. Anxiety level: 4.

Step Five: “This is something that could kill me.” This happens when the number of positive cases starts to explode (like we see happening in New Orleans today (3/27/2020.) Even though the odds are exceptionally low (even in hard-hit Italy, only about .00014, or 136 out of every million people died from the virus), it's still an novel invisible threat we can't cure or stop, which is always terrifying. This is an emotional response usually manifested as serious fear; it cannot usually be diffused through logic or reason. At this point, people will self-isolate for a longer-than-rational amount of time. We see this in New York City and Spain right now, and saw it in Italy and Washington State last week. Anxiety level: 6-7.

Step Six: “I survived, therefore this is no longer scary.” After the virus peaks and recedes, people very slowly return to normal. Anxiety levels slowly drop as people return to their normal routine. This will take time, maybe two months or more. During this time, people will continue A LOT of the same social distancing habits (which is going to kill our jiu jitsu industry long after the virus is no longer areal threat.) We'll see flare-ups of the virus here and there, but we won't have this level of panic because we survived it once already. We'll continue to have SOME anxiety, which will probably last until we find a reliable cure OR we find a vaccine. Anxiety level: 2.

This means the degree of social distancing any given area is experiencing is a very rough approximation of which areas are in which stage. Again, this is based on the average person's response. Some people will have a stronger response, some weaker. This cool tool based on social distancing cell phone data is helpful to see where your area falls. This tool can also be used to predict which areas will be harder hit (high population density + low levels of social distancing + large elderly population = increased likelihood of major outbreak.)

So Why Does This Matter?

There's a great deal of debate on HOW governments should respond. Based on what we've seen in China, Taiwan, and South Korea versus what we've seen in Italy, Spain, and now the UK and US, it's safe to say the degree of infection and death occurs as a function of social distancing. In short, the more draconian the lock-down, the more effective it is.

But there are real costs to lockdowns, especially economically. And here in the US, we really don't like being told what to do, even if it's for our own good. As such, it doesn't really matter what the government tells us to do. Our willingness to self-isolate is what really matters, and that decision is based on the steps I outlined above.

This is both great news and terrible news. First the bad.

This means it doesn't really matter what governments tell us. We're literally just like a small child touching the hot stove. We need to personally experience getting to Step Four and Five ourselves. If the virus isn't affecting our local geographic region, we're going to take a flippant approach to social distancing. Given the virus spreads before positive cases are detected (because people seem to be pretty contagious before they become symptomatic), the virus spreads anywhere and everywhere, which means pretty much everywhere will experience that exponential outbreak eventually.

This also means that it doesn't really matter what government tells us. If governments underestimate the threat (or tell us to go back to work prematurely), we'll once again ignore that and default to our own survival instincts based on the Steps above. We're going to avoid engaging with others as long as we perceive a threat, and our perception of threat won't ebb until the threat actually disappears.

So What Can We Expect?

Here's my bold prediction based off my amateurish attempt to analyze numbers based off the Steps listed above - this will get worse before it gets better. The number of Americans that will end up dying will be around 11,000 to maybe 14,000, the number of cases and deaths will peak around April 10th or 12th, we'll see an exponential outbreak pretty much everywhere, we'll avoid a national-level shut-down, and we'll start resuming a semi-normal life around May 1st. It's important to note this estimate is highly-dependent on our government in general and president in particular not messing things up by making really bad decisions.

In addition to deaths, we'll have normal levels of toilet paper on store shelves by the second week of May. Schools and universities won't re-open until autumn. If we don't find an effective treatment, we'll experience occasional outbreaks that'll shit areas down for a week or three. Our economy will rebound by the middle of the fourth quarter, but won't be enough to save Trump's re-election. He'll lose, but not by much.

A HUGE change - once we develop a test to determine if we've already been infected thus have immunity (which hasn't been determined at the time of writing), we'll self-segregate between the affected and the non-affected. And the affected, given they can continue their lives without interruption, will gain a bit of a competitive advantage over their non-affected peers, which will temporarily set up a two-tiered society. That will bring about "coronavirus infection parties" and calls of inequality from various segments of the population. It's going to be annoying, but it'll work itself out eventually.

This will probably change how we date, too: 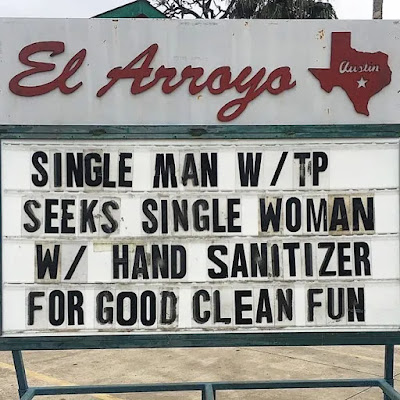 We won't return to some semblance of our pre-coronavirus lives until maybe January or February of 2021. This fear of pandemics will be our "Great Depression" in that it will forever change all of our behaviors. Specifically, we'll have internalized social distancing, which will have some negative impacts on intimate relationships for a long, long time. Less hugging and cuddling = less oxytocin = more divorces.

We'll also see a fair number of divorces and break-ups caused by two things - too much closeness during isolation (because a lot of people really do not like their spouses for this reason), and because a lot of women will realize their men aren't up for the challenge of protecting and providing for them. That fear of testosterone is fine in times of prosperity, but when the shit hits the fan, men need to act like men or pay the steep price of social rejection. Basically, this whole pandemic thing is a big test for men. Some passed brilliantly. Some failed miserably. 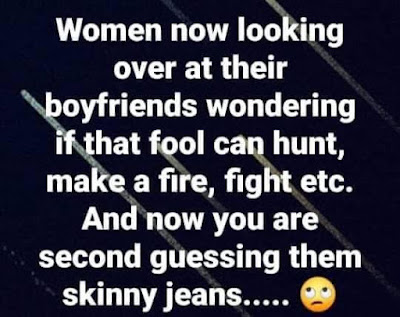 Unfortunately, those men could have made a HUGE difference had they followed this advice. Or even just understood female psychology. This will also result in a resurgence in interest in traditional gender roles, self-defense, and survivalism, firearms training, and tribalism, all of which will be a boon for me. Unfortunately, that internalized social distancing thing will make the jiu jitsu industry contract significantly as new people will be EXTREMELY hesitant to step on the mats and roll around with strangers.

Some movements, like globalism, fanatical gun control, feminism (which needed to die for these reasons), social justice, and hatred towards law enforcement will weaken significantly because this pandemic scared the shit out of a lot of people who had previously taken our safe, comfy lifestyle for granted. However, this WILL spark a resurgence in support for social safety nets and universal healthcare.

This will also spark a movement away from our harsh sociopolitical divides as a large number of Americans will have been sicked by both the Democrats and Republicans and their handling of this pandemic. We'll see an increase in bipartisanship and an increase in people registering as independents.

There ya go. As of today, that's where I predict this weird-ass thing will head in the near and distant future.

But make no mistake, though, the worst is yet to come. This will get worse before it gets better, and the "worst" will come in local and regional waves. Some local healthcare systems will be pushed to the brink, and some even past that brink. But our social distancing efforts so far WILL have made a difference in this pandemic being bad versus a catastrophe. So keep observing social distancing. We'll know when the worst is behind us.

Be safe, folks. And take care of each other. And thank healthcare workers. They're the unsung heroes in this pandemic.