Why Do Women Hate Indecisive Men? A Discussion on Making the Inconsequential Decisions 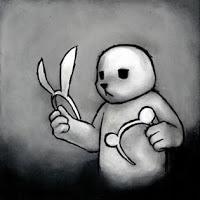 "Jason, I never had much long-term relationship success with women until I made one odd change - I started making decisions. It definitely worked, but why? Are women just bad at making decisions?"


I received this question about two months ago from a Facebook friend who preferred to remain anonymous. I took some time to ponder the response. My gut reaction didn't feel entirely complete, so I had to do some research.


I'll start by addressing the last question because it strikes at the heart of the first question - are women bad at making decisions?


No, women have roughly the same decision-making efficacy as males. The tricky part:


First, both men and women use the same basic procedure. We observe the situation for a short period of time, assess the variables, weigh some pros and cons, then make a decision. The difference comes from the variables we observe and assess, which affects our pro and con processing.


Men tend to assess logical, concrete variables. Let's say Penelope and Jackson are trying to decide where to go to dinner. When the decision falls on Jackson's plate, he normally considers variables such as what sounds good to him, what's nearby, traffic patterns, likely wait times, which cute waitress will be working... whatever. None of this takes much effort and it's not overly stressful. After weighing the variables, he makes a decision. Simple, simple.


Women tend to assess emotional states. Same scenario. This time, the decision falls on Penelope's plate. The first thing she's likely going to consider is Jackson. What does he want? That requires her to observe Jackson. What does his body language say? What is his mood? What was his mood like earlier in the day? What was his tone like in that phone call they had this morning? Did he hint at wanting a particular food sometime during the last few days? Does he even want to go out to dinner, or is this a test to see if she's willing to cook dinner? On top of all that assessment, Penelope still has to decide what SHE wants AND she has to assess all the shit Jackson processed.


Women are not indecisive; women are socially-conscientious, which requires a lot of time and energy.


Penelope's decision-making process is stressful as Hell. Not only is it hard to assess all that information, but it's time-consuming and, this is the real key, it's stressful. By the time Penelope comes to a decision, she's exhausted mentally, emotionally, and probably physically. And for what? To decide if they're going to eat Mexican or Indian?


The trap modern men fall into is believing that allowing women to make the decisions in a relationship is empowering. It's not. It's exponentially increasing her mental and emotional workload. In their day-to-day lives, women have to make a shit-tom of decisions just like this, and they use the exact same emotional assessment process. Many of those decisions are significantly more important than deciding between chilaquiles or tikka masala.


Women want their relationship to be a safe-harbor of sorts. They want a break from the rigors of the decision-making they have to do on a daily basis. When the man makes the decisions, that completely frees her of that anxiety-producing responsibility of assessing emotional states, intent, and the host of other factors that she needs to analyze to make an informed decision. The more important part - this frees her to assess what SHE really wants. That brings me to my preferred, simple framework I've been using for a while:


The man makes the decision. The woman gives input if she does not agree. The man reassesses the variables taking her input into account, then makes a new decision.


This is normally all it takes to make everyone happy. The woman has been freed of that anxiety. The man never experienced the anxiety in the first place, so it's a moot point. They can actually enjoy dinner now... and probably have energy left over to have a little fun when they get home.


For more complex, important issues, there should be more discussion because the ability of women to assess emotional states is far superior to men's abilities to do the same. But the trivial stuff that has no significant impact? Just make the damn decision, guys. She'll appreciate it.
Posted by Jason at 6:35 AM